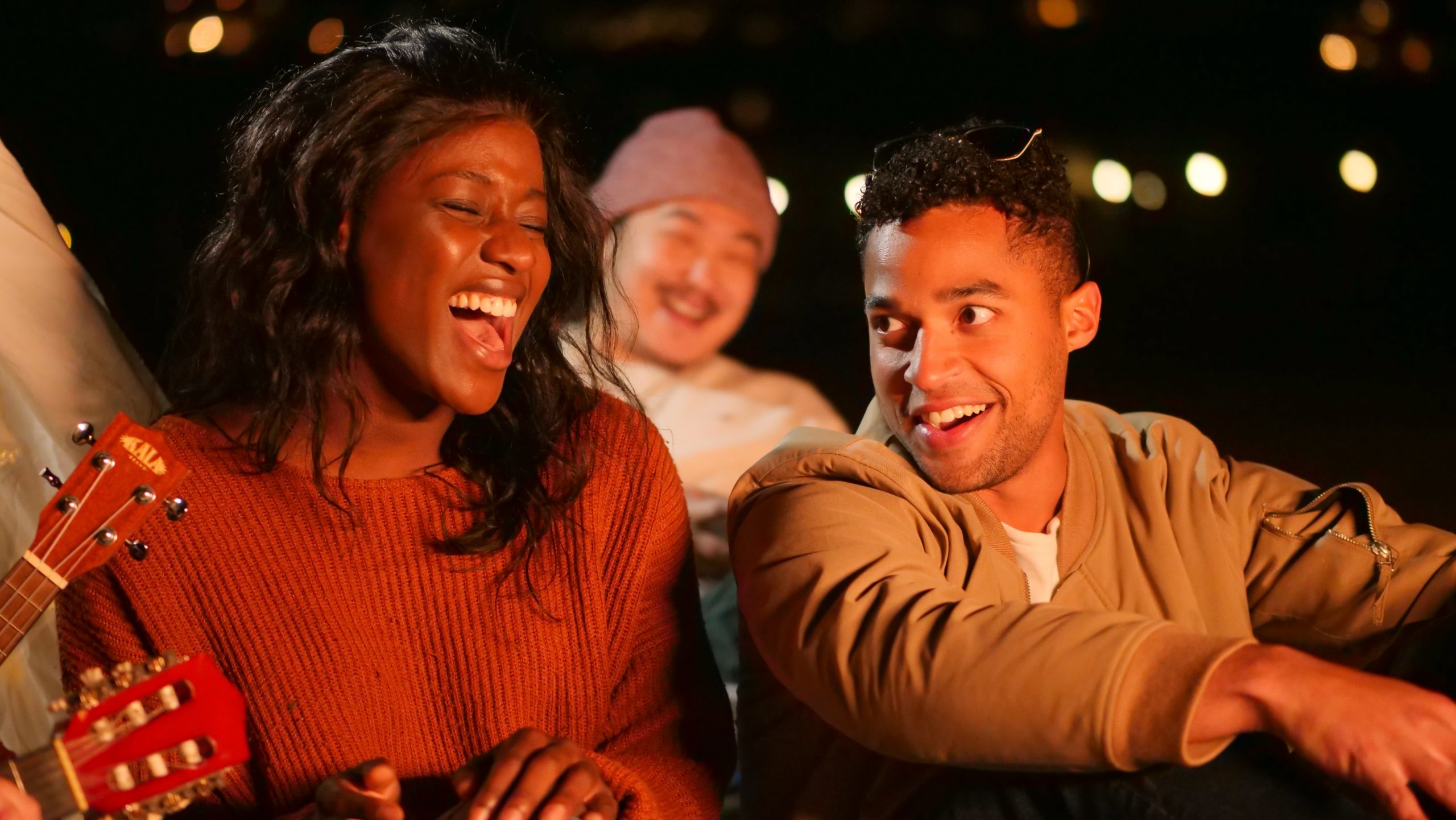 What Is horizontal music networking and how can it help musicians?

Horizontal music networking is a term used to explain networking “across”. This is opposed to networking “up”, such as to people already in higher positions in the industry, or with more commercial success.

Networking horizontally means networking with people who are accessible and at the same or near levels of success to you.

This may be your friends in the music industry, independent record labels and music publishers. It could also be other artists (at your level) and music bloggers who focus on new independent music.

Networking in the music industry

Networking is an increasingly important skill in the music industry.

Think about who you need to network with and also how you network well. Being polite, not overwhelming people and bringing value are important online and offline.

Successful networking brings compounding opportunities. The more people you know and manage a relationship with, the more chance for an opportunity to come from the connections.

So, both quantity and quality are important, but focus on the latter will produce the fastest results.

Adding more networking into your music business strategy will be enough of a starting point for some. For those who are already networking who want to go a bit deeper, horizontal networking gives an even more focused approach to success. 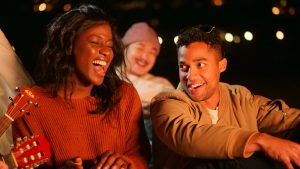 Not always rightly, the idea of success is heavily intertwined with our status and “position”. Vertical networking is a tendency (and sometimes strategy) to only try to network with people who are in a higher perceived position. Many people network “up” to try and be surrounded by people more successful in hopes they will get a ladder up.

The most obvious example of vertical networking in the music industry is trying to network only with high-status musicians, producers, gatekeepers and A&Rs.

The problem with vertical networking is constantly hitting obstacles that stop you getting to your opportunity or goal.

It also gives somebody else the power to control your success, commonly known as gatekeepers.

This ideology has been cemented in typical corporate careers. In the old-school career, you would enter a company in an entry-level position and would have to go through multiple levels of management before accessing the chiefs of the company.

Over decades, you would work your way up through your career by being promoted into higher positions, giving you an increasing access to “higher tier” contacts. This is a reality that clearly influenced the famous Nosedive Black Mirror episode.

As commercial opportunities in the music industry are finite and music is abundant, gatekeepers need to prioritise and protect incoming workloads. As such, there will probably always be gatekeepers who aren’t interested in what you have to say until you make a sufficient noise.

So, networking “up” in the music industry is a real battle.

There are many other people fighting the same battles as you might be; with so many variations of talent, skill, interest and passion. Therefore, the music industry might be the easiest industry to network in horizontally!

7 ways to use horizontal music networking

With horizontal networking, everybody gives each other a leg-up and everybody succeeds faster. In other words, it’s a support network as well as a route to find and generate opportunity.

The first benefit of horizontal networking is information.

When you’re working in the music industry it’s easy to become overwhelmed by the different skills and knowledge there is to learn. Acquiring all of this knowledge and knowing how to use it can take a lifetime.

Luckily, different people naturally develop different skills at different times. As such, having friends who are doing things that you are not can help you focus and stay in your lane. Knowing you can pull on them for help when the time comes expands your ability to succeed faster.

Additionally, many different people around you might have already had an attempt at something you’re trying to achieve. They will be able to give you information on what they did well or could have done better that you can consider for your own approach.

2. Utilise people with immediate skills you don’t have

Struggling to finish a song because you need a skill you don’t have?

Skill development, learning a new instrument and studying music business all have huge learning curves and take time. So, you might be able to cut a lot of that time by collaborating.

Maybe your electronic drums sound too fake for the song? Maybe your MIDI composition just isn’t quite amazing because it’s missing a real guitarist? Are you a singer/songwriter who needs a producer? Do you need mixing or mastering? Then, collaborating is your answer. (Get on Vampr and get swiping for free!)

Working to complete a project is probably the most obvious reason for networking in the music industry. Unfortunately, musicians often create obstacles for themselves by thinking that high-budget professionals are their only option. Often, a substantially talented collaboration could be right under your nose, waiting for their opportunity to blow just the same as you!

This one is definitely overlooked! Having a strong network of other artists who are building and growing at a similar rate gives an awesome opportunity to exchange posts on social media about one another.

This gets really creative when thinking about inviting other artists onto your live streams, on socials for chats, for interviews and even jams!

All of this will also lead to future tour support and gigging opportunities.

4. Empathy and a support system

Working with people at a similar level to you means that they may be feeling or experienced similar pains to ones you are. Consequently, they will likely be able to give you advice and support to guide you how to regain clarity over your next steps.

Expanding this idea, many professionals create ‘mastermind groups’, a concept coined by Napoleon Hill in his book “Think and Grow Rich”. (Essential reading for anybody looking for a “success blueprint”). This might be something you want to do with your fellow music comrades.

Trying to get to the top of the mountain in one go is going to cause a lot of burnout, frustration and feelings like you won’t succeed. Instead, planning your journey to do a stretch at a time can make the journey enjoyable.

Working with people who are levelling up at a similar pace to you will allow you to keep inspired. As a result, you’ll be able to stay focused on your micro-goals and stop and smell the roses along your way.

Comparatively, consider trying to network with people who come across as inaccessible and ignorant…

Networking is a much nicer experience when you’re doing so with people who are passionate and welcoming.

Regularly connect with your network and keep them up to date with what you’re working on and aiming for. By doing this, you are inviting them to share opportunities with you that fit what you’re striving towards.

This is most effective when you are the one proactively sharing opportunities. What you give out always comes back. 🥰

Everybody who is working hard, learning how to solve more problems and achieve more of their personal goals is going to level-up.

That means, in 5 years – a lot of your network is going to be in higher places.

It’s important not to look at your network as any lower in value than people in higher places already. In general, see the potential of your peers, not their limitations. Work together through your strengths and weaknesses to succeed from your own efforts!

The more people creating opportunities, the less power those at the “top” will hold.

Vampr is the easiest to use, not to mention largest, social-professional network of music industry contacts in the world. If you’re not already using Vampr, download it for free today and start swiping and connecting with people in any country to kickstart the growth of your network and team. ✌